The Death Of My Father And My Advice To My Children.

I found out the man who raised me wasn’t my father when I was 13 or so. I guess it wasn’t a secret, but it also wasn’t talked about.

I was making fun of my sister when I was about thirteen. I told her that she was adopted. She replied dead seriously, “Nope, but you were.”

I immediately went and asked my mom. She confirmed it a bit incredulously like I should’ve known. I didn’t.

It’s strange how a single joke I told my sister could cause years of pain. It ate at me until my late twenties maybe even early thirties. I knew very little about him. I didn’t know where he was from. My mother refused to tell me anything. Until one day she did.

I had made a pretty drastic and random decision to pick up everything and move to Washington State from Texas a few years prior. I was barely getting by, and a friend from the military suggested I move up this way.

When my mom finally told me the story, she had assumed I had already found him and that’s why I was living in Washington. I had no idea I had family in Washington.

There was a movie I watched a long time ago called Antwone Fisher. There were a lot of similarities in our stories. In that movie there was a scene where he meets his aunts and uncles and grandparents, and they were wonderful people. That part of the movie would put me into tears. I’d watch it every few years, but only alone, because of how it would cause me to cry even harder than the ending of Marley and Me.

After I met my father, I met this whole entire side of my family that I had dreamt of meeting for decades, and they were truly wonderful and I’m grateful that they are in my lives.

I just never felt comfortable with my father. Some wounds run too deep. I forgive him for that, but I also couldn’t really get over it.

My mom died a few years ago. She had me in her teens, and I became a parent in my thirties. I’m 38 and I wonder if I’ll make it to my kid’s high school graduations, college graduations, weddings, or getting to meet my grandchildren.

Here’s some advice to my children or anyone else, you know, just in case.

Take risks: Take enough risks in your life that you learn to take calculated risks. The more risks you take the better the odds are that you’ll fail. Failing will sting a bit, but you will learn so much more by failing than through success. If it wasn’t for a life filled with errors, I wouldn’t be married to your mom and I wouldn’t be your father and being your dad is my favorite thing in the world.

Run away from your problems: Not all of them, but just the ones that really hurt. Run away after a bad break up. Run away after the loss of a job. I did. I found a place that I love to live. A place with snow-capped mountains and beautiful beaches. More importantly I found your mom. (If you do runaway, I want you to know that your mom will probably follow, which could be hard if all three of you go in separate directions.)

There is never enough: Time marches on and money comes and goes. When I was young and making minimum wage. I would tell myself when I was making 14 grand a year that if I made 30 grand a year, I would travel the world. At 30 grand, that mark got pushed to 50 ,000 then I made more than that before I finally had to ask myself, “What am I waiting for?”

So, I buckled down for a few months and I saved up and went to Germany. In Nurnberg there’s a fountain with a fence around it. In the fence there are two metal rings. Turn one ring for love and the other for money. I turned the one for love and shortly after my vacation was over, I met your mom. It’s probably a coincidence, but it could also have been that ring. Who am I to say?

Go Anywhere: I never had much of an urge to go to Ireland. It never particularly appealed to me. But a $450 round trip flight from Seattle to Dublin was about the only cheap flight to Europe I could get. I thought why not. It can’t be that bad. Ireland is AMAZING. I would pack this family up in a heartbeat to live there. Although, with the green and the rain it is kind of like Seattle with an accent.

Learn Guitar: if worse comes to worse, you could always busk. Or even if it doesn’t busk anyways. Break it out and start playing on a street corner. It’s kind of a rush having strangers stop to watch you play. If they drop money and you don’t need it, make sure to give it to another Busker, chances are they do.

Don’t trade life for your job: Because your job doesn’t care about you. You’re a tool just like the computer on your desk. Want to know the difference between the computer and you? A computer is an asset in the company’s general ledger, and you are a liability. Make sure to focus on the parts of your life where you’re an asset.

Oktoberfest: Those beers are strong. Take it slow or you’ll wind up vomiting in public very embarrassingly. It’s very important that I impress this upon you. German beer and schnapps are a helluva combination, so if you get drunk and vomit all over the middle of the fairgrounds, I’ll be the first to tell you that nobody will even bat an eyelash at it. Clean yourself up and go grab another beer, because its Munich and it’s Oktoberfest.

Bartenders: Ask them for crazy off-the-beaten-path places to go. They know, and if they don’t, you’re in a bar for amateurs or you’re a bad tipper. You better not be a bad tipper.

Art: Learn to appreciate it. Get familiar with it. Art is healthy and beautiful. Find a piece that breaks your heart and just watch it for a bit. You may forget the artists name, or the name of the work. But you’ll never forget that one piece. Mine is a statue of a girl in the Smithsonian, sitting and reading a book. It was off in a back corridor or hallway. I must’ve sat there for 30 minutes and I can still picture it perfectly 15-years later.

(For the boy… shhh…. It’s also a great place to go on a first date. It also helps if you know a bit about art, but I did that dozens of times. Even took your mom, but that was different, because I liked her, and those other girls were just friends or something.)

(To my daughters; You take boys there and tell them about the art and the artists. It’ll show them you have your fathers and mothers keen intelligence, that you’re not to be underestimated, and if they don’t enjoy it, you’ll know that they aren’t worth another minute of your time.)

Travel alone at least once: You’ll feel lost, you’ll be forced out of your comfort zone and into meeting people. You’ll feel lonely. But at some point, I hope you realize that you haven’t spoken in so long your mouth aches. Don’t worry about that. Don’t rush to go talk to someone. That’s the sweet spot. Put on your headphones and find someplace peaceful and just watch the world go by. For me it was a train ride between Frankfurt and Trier. It was spectacular. I was listening to Justin Townes Earle and watching Wineries, hilltop castles, and adorable little towns out the window of the train and It was spectacular. My only regret is that I took the express train and not the commuter train. I want to go back and visit each one of those towns.

Cohen, Lennon, and Sloane, I’ll be here for you if you need me in any of your misadventures of which I hope your life is filled to the brim with. If by chance I can’t be of help, I hope it’s because I’m involved in those experiences too, and that your mom rescues me once again. 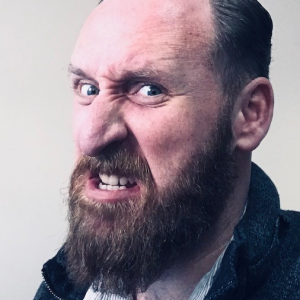